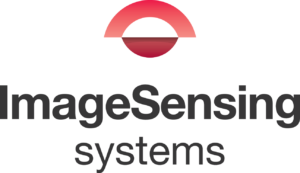 Our conference committee is hard at work on developing the virtual conference program and finalizing the dates and schedule; more details will be shared in the next month. The registration fees for the meeting will be significantly reduced to ensure that this meeting is accessible to as many of our members as possible.

We sincerely thank you for your support of ITS Arizona over the years and we look forward to connecting with you during these unprecedented times.

We wish you all to be safe and healthy.

The Intelligent Transportation Society of America (ITS America) has called on the Federal Communications Commission (FCC) to save lives on U.S. roadways by withdrawing its proposal to give away a majority of the spectrum used for transportation safety critical communications.

The 5.9GHz spectrum, currently allocated for Vehicle-to-Everything (V2X) communications, allows vehicles to communicate with each other, all road users, and infrastructure.

The FCC proposal would allow unlicensed (non-transportation) use in 45 MHz, leaving 30MHz for V2X technologies, which would not only limit spectrum available for safety applications but could render those remaining channels unusable due to significant interference.

“The FCC is proposing this change without any analysis or evidence that shows these life-saving technologies will continue to operate successfully in only 30 MHz of spectrum,” said ITS America President & CEO Shailen Bhatt. “Its proposal is based on an incomplete and flawed understanding of the role the 5.9GHz band plays in creating a safer transportation network.”

In comments filed yesterday responding to the FCC’s Notice of Proposed Rulemaking (FCC 19-129), ITS America noted that the U.S Department of Transportation (DOT) estimated accident reduction could be deferred by five years and that costs of otherwise preventable deaths and injuries will be billions of dollars annually if the proposal is implemented. In its filing, the associations noted the proposal violates the FCC’s enabling statute ‘to promote the safety of life and property’ and that the Commission has disregarded the concerns of DOT, which is the expert agency on this matter. ITS America urged the Commission to continue to support testing of band sharing between V2X and unlicensed devices. The association also noted it supports allowing C-V2X technologies in the band.

The proposed reduction in spectrum is also likely to curtail future safety innovations, impede development and deployment of Connected Autonomous Vehicles (CAVs), and cause much of the billions of dollars in public and private sector investment in V2X technologies to be lost.

“Buildout of the Interstate took almost 50 years and transformed the country,” Bhatt said. “Rebuilding America’s highways with lifesaving V2X technologies is a project of similar magnitude that can be a legacy of this generation of national leadership.”

ITS Arizona is sponsoring an internship program to provide on-the-job experience and mentoring to a student aspiring to be a professional in the transportation and technology disciplines.  ITS Arizona will provide up to $5,000 in matching funds to a public agency or private firm for the purposes of subsidizing the direct hourly rate of an intern.  The funds shall not be used for fringe benefits or similar expenses.

For 2020, the program will provide support for one internship position.  Once a sponsoring employer has been selected by ITS Arizona, the board will work closely with the partnering agency to select and place the intern.  Full details of the program are available for download.  Employers interested in participating should submit a letter of interest to Sanjay Paul at president@itsaz.org by 5pm Friday, February 7, 2020.

City of Mesa has an exciting career opportunity for the position of ITS Operations Foreman.

The Federal Highway Administration (FHWA) is seeking information from State, local, and industry partners and the public on proven processes or technologies that have the potential to provide efficiencies in the planning, design, construction, operations, and/or maintenance of the nation’s highway system. Specifically, the FHWA is interested in innovations and processes that have the potential to transform the way the highway transportation community does business by shortening project delivery time, enhancing roadway safety, reducing traffic congestion, and integrating automation.

The information submitted in response to this notice may assist FHWA identify proven, market-ready innovations for potential deployment in the next round of Every Day Counts (EDC) in 2021-2022.

Do you have experience with a market-ready and proven innovation that can transform the highway transportation community? If your innovation is game-changing and could have national impact…we want to know!

Submitting a suggestion is simple. Check out our Call for Ideas website, download the submission form, answer a few questions, and submit it to EDCsuggestions@dot.gov by January 21.

In addition, FHWA seeks feedback on user experiences with specific, high-value innovations under the “Innovations of Interest” and tentatively identified for accelerated deployment.